Marc joined Factary in 2008, bringing with him over 25 years’ worth of experience in IT. He worked initially in data systems for Local Government and the Inland Revenue before moving to British Aerospace, where he worked on many of the systems that governed the production line of the Hawk and Harrier in Surrey. He then moved to the food & drink sector in the early 90s where he worked for Pepsi, KFC, Labatt Brewing, Anheuser Busch and Whitbread, before making a move into the nonprofit sector some years later, taking up the position of IT Manager at the Princess Alice Hospice in Surrey. There he spent ten years developing the IT department within the hospice and worked on many projects, some of which were partnered with the NHS. In 1998 he and the IT Manager of St Catherine’s Hospice setup an IT Forum for Hospices in London and the South East where he went on to help many other hospices develop their own IT infrastructure.

In his current role within Factary, Marc continues to help nonprofits with their IT and data practices and policies. He designs, writes and implements many different types of databases including Factary’s various commercial databases.

Marc now specialises in data and networking, and is a member of the British Computer Society & Chartered Institute for IT.

In his spare time he enjoys walking the Malvern Hills with his dog, classic car renovation and occasional motorcycling (on sunny days). He is also a trustee and footpath officer for a Parish Council in his home county of Herefordshire, where he helps to maintain and preserve rights of way in the countryside by liaising with the council, farmers, land owners and residents in his local community. 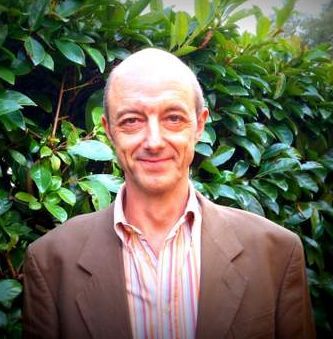 Chris is a research consultant, specialising in strategic funding for nonprofits – gifts, grants and investments by philanthropists, foundations, companies and government – in Europe.

Chris has worked in fundraising since 1980, initially with the Muscular Dystropy Group, Voluntary Service Overseas and Kings College Hospital, London, and was a researcher in the House of Commons from 1982-84. In 1990 he co-founded Factary, Europe’s leading prospect research agency. In 1993 he became the first advancement researcher to be elected a Fellow of the Institute of Fundraising, and in 1999 the first to be appointed a Fellow of the Royal Society of Arts (RSA). He was Founder Chair of Researchers in Fundraising, the Institute of Fundraising special interest group, and he is a member of the Association of Professional Researchers for Advancement (USA) of the Association Française de Fundraisers and of the Asociación de Profesionales de Fundraising (Spain). Chris has been involved in the development of venture philanthropy in Europe since 2003, as a member of the Finance and Funding Group of the European Venture Philanthropy Association.

He writes and trains in fundraising research for NGOs and professional bodies including the International Fundraising Congress where he is a regular Master Class leader. He is the management level trainer in major gift fundraising at ESSEC for the Association Française de Fundraisers’ postgraduate course. His first book on prospect research Find the Funds – a New Approach to Fundraising Research is published by Directory of Social Change (DSC), London. His second book, Fundraising from Europe was published in 2003 by Chapel & York, London. He is a contributing editor of Major Donor Prospect Research: Fundraising from the Millionaires In Your Database and Online (John Wiley, New York, 2006) and a chapter contributor to Trust Fundraising (DSC, London, 2011). 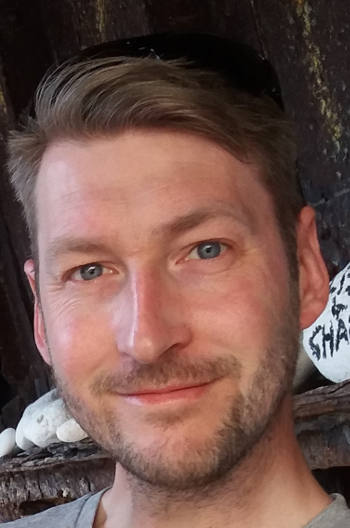 Will joined Factary as a researcher in 2006, before becoming one of our leading senior researchers.

In his current role as Research Director Will works closely with clients from all sectors to develop bespoke research projects. His role focuses on developing long-term relationships with clients, working with them to discuss their fundraising plans and longer term goals. This helps him fully appreciate and understand their challenges and needs. He heads up the day-to-day management of the research team at our Bristol Office, managing research from the screening of existing client contact databases, to helping identify new sources of major funding.

He is highly skilled and experienced in all aspects of prospect research, specifically Trusts and Foundations, and was a former editor of Factary’s highly successful New Trust Update for a number of years. Will has also served on the Researchers in Fundraising (RIF) Committee from 2013 to 2016 and is a guest lecturer on the Charity Development undergraduate programme at the University of Chichester.

Prior to joining Factary, Will was a fundraising coordinator at the Juvenile Diabetes Research Foundation and a trusts researcher for Tree Aid. Before that he was a researcher at a firm of solicitors in Bristol. He has a BA in Anthropology from Durham University and an MSc in Corporate Social Responsibility from the University of Bath.

Shaun joined Factary as a Researcher in 2009. Prior to joining Factary he worked in a number of different fields including market research, and web and graphic design.

Since joining Factary he has held a variety of roles, including Editor of New Trust Update and Factary Phi, and acting temporarily as Research Manager during 2011. Shaun’s current focus is on in-depth research, and he’s also responsible for maintaining the Factary website.

Outside work, Shaun is a writer and artist. His first graphic novel is scheduled to be published in 2022.

Duncan joined Factary in 2008 to help run our database functions. He now manages the group’s data screening and analytic services as well as carrying out research for our wealth band reporting service.

Before joining Factary he was a researcher at the Institute of Physics and a database officer at Yellow Pages. He holds a BA in Philosophy & Social Psychology but admits that neither subject has revealed itself to be particularly useful for analysing datasets.

Duncan is a keen cyclist and a lifelong “glory hunting” Man United fan.

David joined Factary as a researcher in 2012 after completing a series of internships in the legal and financial sectors.

Prior to this he was at the University of the West of England where he read English Literature.

When David isn’t working he enjoys listening to music, reading contemporary American and Gothic literature, visiting the cinema and the occasional scuba diving, whenever he gets a chance to!

Simon joined the team in July 2016, originally as Office Manager. Simon has experience in a variety of wide-ranging administrative roles, having previously worked in investor services, financial services and six years working for a Government Agency before making the long-desired move into the not-for-profit sector. He recently trained-up to become the newest member of Factary’s research team.

Outside of work, Simon enjoys cinema, live music – both watching and playing – and sporadic attempts to reignite his artistic flame, which has smouldered since studying illustration at university in the late 90s, through drawing and the occasional short film and animation. 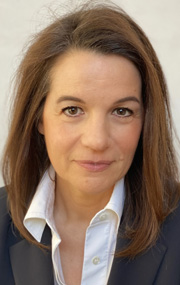 Martine has served as a consultant in strategic funding development for leading non-profit sector clients in Europe since 1996. She is passionate about helping her clients to make a step change in winning major gifts and inspiring philanthropy.

Martine drives Factary’s strategic consultancy services and client base expansion in Europe. Under her leadership, Factary Europe has grown into a recognized expert in major gift development and scale-up strategies. She has collaborated on more than a dozen large scale capital campaigns in France and Belgium. She is a frequent speaker at the conferences of the French Fundraising Association.

Martine brings her extensive field experience in the financial and non-profit sectors, her combined market, research-based and practical face-to-face knowledge of strategic donors, together with her results-oriented approach to bear on her clients’ projects and return on investment. Her focus is on: shaping a forward-looking, distinctive, impact-driven investment case for support, inspired by strategic philanthropy; delivering robust strategies based on properly assessed gift potential; bringing internal and external leaders on board; and devising highly personalised individual donor approaches. Her primary purpose is to bring added value to her clients. Her approach is partnering with clients to co-construct tailor-made, internally owned strategies, delivering hands-on guidance on implementation and capability building.

Martine came to the non-profit sector with a successful track record in international finance as a Vice-President at JP Morgan. Prior to joining Factary in 2006, she worked as a consultant to prominent foundations in Europe, including the Charities Aid Foundation, Fondation de France, King Baudouin Foundation and Compagnia di San Paolo. Among others, she developed “Transnational Giving Europe” – a uniform framework allowing tax-effective cross-border giving. 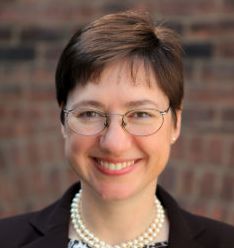 Helen has been a development professional since 1987. Her previous experience includes the University of North Carolina at Chapel Hill, the Albert Einstein Institution, Boston College, the Harvard School of Public Health and Northeastern University.

Currently she works with a variety of clients to establish, benchmark and re-align research departments; identify major gift prospects; and train researchers and other fundraisers through on-site and web-based training services.

Helen is a former member of the board of the Association of Professional Researchers for Advancement (APRA) and is past president of the New England Development Research Association (NEDRA). In 2006 she received the NEDRA Ann Castle Award for service to the prospect research community.

Helen is a frequent speaker and has led seminars for a number of professional associations, including Action Planning, AFP, APRA, the Council for Advancement and Support of Education (CASE), NEDRA, RIF, the Planned Giving Council of Central Massachusetts, the Georgia Center on Nonprofits, the International Fundraising Congress (IFC), and Resource Alliance.